Gaspar Noé’s reputation needs scant introduction. The provocateur has seemed to be running out of rope in recent years, his last effort Love critically condescended to alongside the automatic box office failure he’s used to.

With Climax he has bafflingly resecured some of his cachet, despite a messy and unfocused contrivance of a film. Audiences are introduced to a cast of hopeful dancers via their audition tapes, featuring inevitably inappropriate questions from off-screen. Noé then skips forward to the end of their rehearsal camp before touring. A frenetic party ensues, and some spiked sangria takes things into grim areas soon enough. Incest, murder, racism, fetishes; the director does his usual box-ticking exercises.

Before it all goes hellish, however, he gives us a glimpse of why his talents are so respected despite childish instincts. The final rendition of the dancers’ central pieces is filmed with invention, energy and innovation. From above, from head-on, this diverse cast show their incredible talent. The variety of styles and attitudes is staggering, and begs the question: might Noé’s true path lie in filming dance documentaries? That is no insult. On this evidence, he could make a place for himself in history. This is as standout a sequence as any Spielberg beach storming or McQueen one-take. 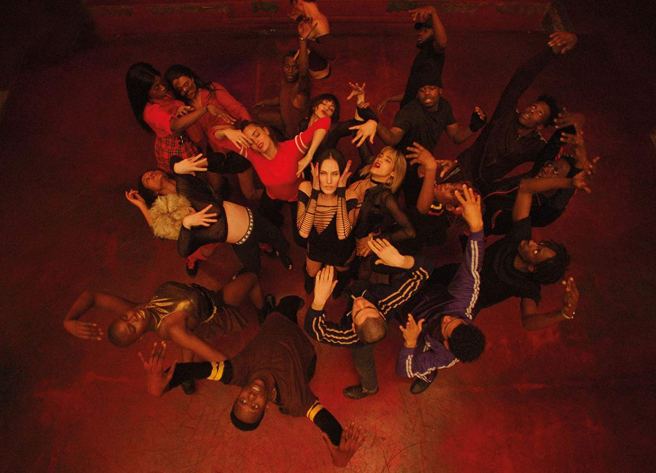 Soon enough, however, the dancers finish up and segue into their big bash. We flit around perspectives, reconnecting with the dancers who we saw auditioning. It fairly quickly becomes clear that they are almost all harbouring demons, or are just plain rotten. From a pair of men whose discussions of the women around them become steadily more and more violent and foul, to a mother whose neglect of her child is initially hidden but becomes staggering, this is a cast of retrobates.

The shame is that, once the dancing stops, the dialogue and interactions that replace it are uniformly preposterous in tone and feel. The acting is naturalistic enough, but motivations are almost entirely absent, and every development foreshadowed to the point of head-bashing. To Noé’s credit he doesn’t resort to much gratuitous nudity or gore to get his kicks this time, but this trade appears to result in basic boredom (one ferocious and foul assault on a pregnant woman aside).

Freakouts last interminably, near-lynchings likewise. Characters trudge and whirl up and down the same corridors over and over, the camera nauseatingly swirling around them, over and under, and obvious developments occur almost in stop motion through scenes. This is all ho-hum enough from an emotional-response point of view, and from an art-school experiment standpoint. In a feature-length mainstream release it is tiresome, a failure to successfully translate ideas into bearable content.

Climax has the feel of a concept poorly realised. To so brilliantly capture the results of dancers’ work and then to so dully lampoon their bitchiness and insularity for the vast majority of a film is frustrating. If viewers wanting to leave early is what Noé claims he was aiming for, he ought to reassess his position in the industry that gifts him repeated financing and goodwill.