If it’s tempting to praise the timeliness of Spike Lee’s BlacKkKlansman, it’s also worth remembering that America’s issues with institutional and accepted racism never really went away. This sometimes incendiary, but generally tame film could have been released any time in the last thirty years and still summoned the righteous rage with which it closes, in a contemporary, real-world montage of enduring power. 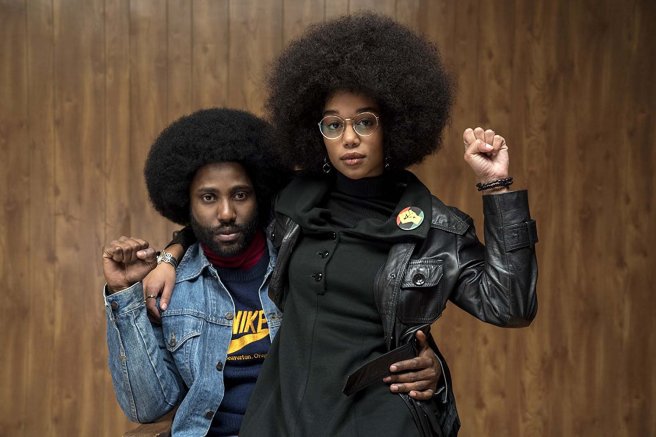 The film proper follows Ron Stallworth (John David Washington), a young black man in Colorado Springs in 1979 as he realises his dream by becoming a police officer. He is assigned to infiltrate the local civil rights movement, led by Laura Harrier’s Patrice, a student activist. Ron hits upon the idea that a better target might be found in the KKK, as the Klan seeks to re-establish a foothold in the area, and persuades surprisingly benign senior officers to oblige him with a team, resources and permission to do just that. 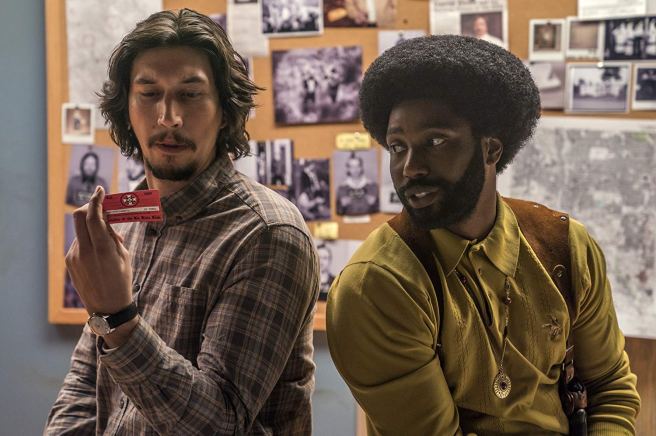 Adam Driver, as tremendous as usual, is the laconic detective Flip, who becomes the physical half of a fictional Ron Stallworth that is created to dupe the white supremacists. Ron plays the man’s voice by telephone, while Flip takes care of physical meetings, contorting to imitate his colleague’s voice. This drives the film’s primary plot, a buddy action-comedy in which identities are nearly revealed, and perilous situations barely escaped.

Lee laces these conventional proceedings with scary reminders of the cinematically unusual stakes – lynchings, real-world hate crimes and true-to-life casual racism are peppered throughout. Tying the semi-fictional story into reality with his closing images, it’s clear that in BlacKkKlansman he is trying issue a wake-up call about the state of the US.

Others, most prominently Boots Riley, have rightly pointed out that the other creative decisions Lee and his team took with Stallworth’s memoir severely undermine the sincerity of his message. Straightforwardly, the cops in BlacKkKlansman are the good guys – a bad apple is found and clamped down upon in Hollywood style, while the department as a whole is welcoming and supportive of the first black officer in their midst. By the end of the narrative, it would seem that Lee’s point is almost that the police shouldn’t be blamed for the racism in our midst, with fictional bombs and religious affiliations inserted to emphasise the impression of their heroism.

This is almost jaw-dropping. The film’s closing montage focusses on the rise and resurgence of the KKK and far right in recent years, again justifiably given the film’s precise subject matter. Yet police racism is also its focus, so to highlight the right wing and not the ongoing institutional racism of police forces in the US is bizarre.

These questions distract, but in fairness do not massively detract on first viewing. Their influence is more on the film’s legacy, and its power to address the multifaceted issues buffeting America’s race relations. BlacKkKlansman is an enjoyable film with a pointed barb, but perhaps needed to more carefully consider the targets of its sting.