Another week, another countdown set to 15 minutes, ticking down the time to disaster. Except, in Ant-Man and the Wasp, the stakes are rather lower than in other recent blockbusters. A human tragedy is risked, yes, but one involving at most a handful of victims. 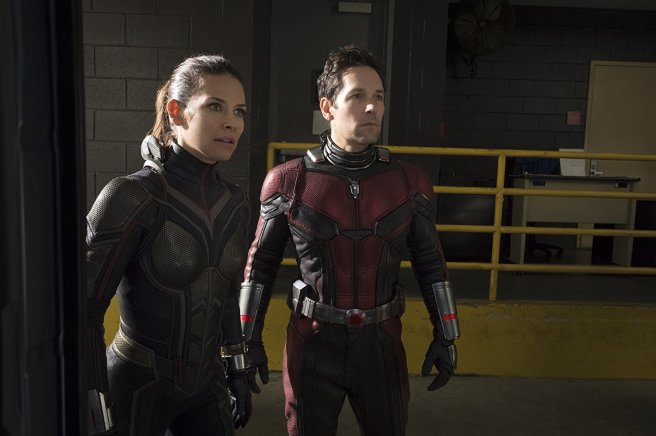 Scott Lang, Paul Rudd’s Ant-Man, is under house arrest, as Infinity War so brusquely informed us – unable to participate in that lavish smorgasbord of heroism. Instead he has been trying to entertain himself for two years under lock and key, isolated from co-conspirators Hank Pym (Michael Douglas) and Hope Van Dyne (Evangeline Lilly). He serves his time, entertaining his daughter Cassie (Abby Ryder Fortson) and coaching friend and colleague Luis (Michael Peña) through moments of entrepreneurial angst by telephone.

Plotting strikes, however, to give Scott confusing glimpses of Hope’s Quantum Realm-bound mother, the original Wasp, a serene Michelle Pfeiffer as Janet Van Dyne, and he’s soon dragged out of his protective custody to help rescue her, reuniting this proportionally fluid family. Our heroes’ attempts to navigate the nether realms of microscopy are hindered and halted by a bewildering array of threats. Scott’s imprisoners, the FBI, are represented by the charming Randall Park as Woo, an aspirational loser. The mob also comes into the play through Walton Goggins’s unsurprisingly nasty bandit Sonny Burch. 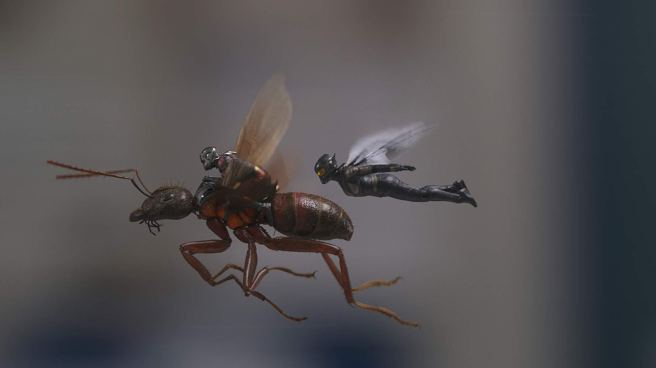 If that weren’t enough, we get ‘Ghost’, a phasewalking phantom played with some panache by Hannah John-Kamen, sweatily and fearsomely obsessed with her own fate above those of others. Larry Fishburne turns up as a discarded old colleague of Hank’s – another hinting reference to that character’s grim behaviour in comics past. If this description lacks an obvious threat, it’s because the film matches it, suffusing every element of the plot in befuddling jargon. 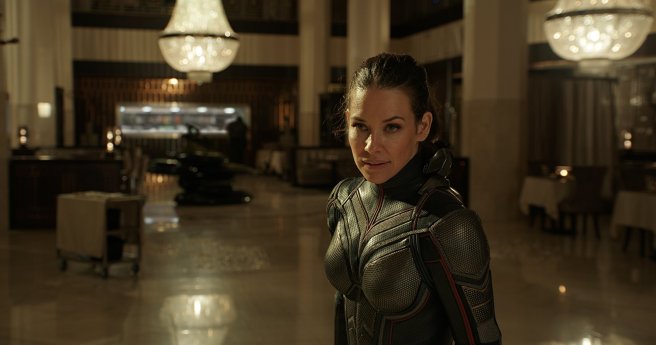 Throughout the film, in fact, we are treated to sequences that only mostly work. We do want to see Pfeiffer rescued, but discover far too late to build real tension that she’ll be lost for a century if they fail. Further, whether via jokes that are funny-ish or action that is simply decent, this sequel’s smaller scale and ambition does limit its successes somewhat. That said, from a reprise of Peña’s impeccably lip-synced bullet-fast monologuing to a zippingly punchy fight sequence involving the Wasp in a kitchen, we are treated to more of the previous movie’s highlights and less of its tiresome montaging.

Ant-Man and the Wasp’s visual identity is sadly undistinguished in more classic Marvel style, with none of the flair boasted by the recent Thor: Ragnarok or the costume design chops of Black Panther; its soundtrack is similarly uninspiring, and surely might have benefitted from some licensed songs during action sequences. 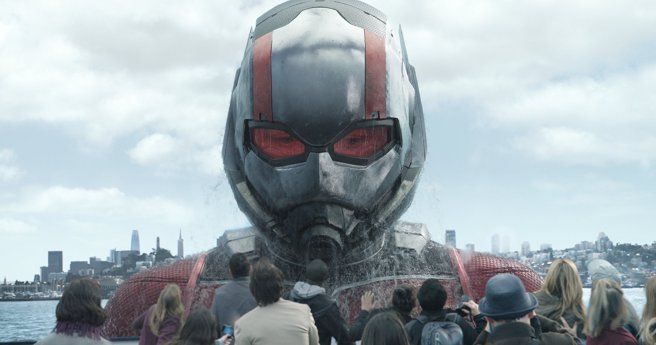 Yet the film’s core duo are charming enough, have sufficient chemistry, to carry these mediocrities and leave viewers without regrets. This has no match for the adrenaline rush of Infinity War’s closing moments, but is wary enough not to try for such a bar. Instead distinctly human-scale problems are presented, with purely personal ramifications and risks, and correspondingly modest returns.