Summer blockbusters are by no means a dying breed; if anything, the weight of action dross is ever-growing. Yet quality products are starting to feel rare. With his latest Mission: Impossible film Tom Cruise sprints full-bore into that welcoming niche. This is a spy caper par excellence, stunting its way through cynical hangups. 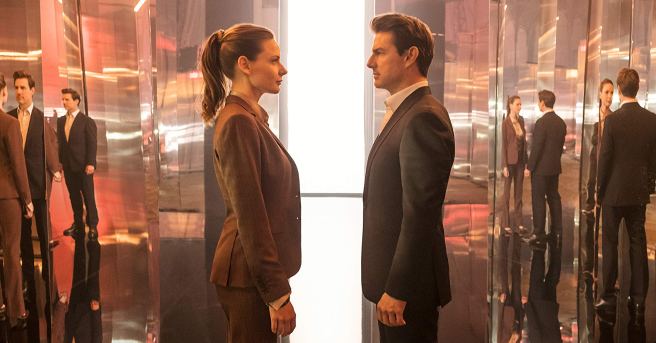 Cruise returns as the impossibly suave and physically miraculous Ethan Hunt; the IMF, his employers led by a barely straight-faced Alec Baldwin, are once more on the edge of government deniability, and are forced to cooperate with the reviled CIA when Hunt narrowly fails to snatch some weapons-grade plutonium. This means an openly antagonistic team-up with Agent August Walker, the almost impossibly beefy Henry Cavill on malevolent form.

The central baddie of the piece is an unknown mole named John Lark, who is coordinating the creation of nuclear bombs envisaged by the last film’s returning nasty Solomon Lane (Sean Harris). This plutonium chase takes Hunt and his team from Berlin to Paris to London to Kashmir, a slideshow of glamorous locations each bristling with set pieces to capture the memory. Most impressively of all, each encounter is tuned to take advantage of its location. The warren streets of Paris are perfect for car and bike chases; central London’s dense and shifting verticality makes a rooftop chase ideal, and the wide expanses and vertiginous mountains of Kashmir lend a stunning backdrop to jaw-dropping helicopter capoeira.

Supporting parts in a twisting and at times convoluted story are fulfilled ably by the menacingly conflicted Rebecca Ferguson as Ilsa Faust, struggling to keep her eyes off Cruise, and the comically-skewed backup of Simon Pegg and Ving Rhames as Benji and Luther respectively. They play an active part in the gotchas and reprieves that are this franchise’s speciality.

Cruise is the star attraction of course, and in Fallout is subjected to as wide a range of limit-pushing exploits as ever. From a HALO skydive to jumping off buildings and clinging gamely to dangled helicopter payloads, Cruise proves himself once again one of the most titanically resilient movie stars of all time.

It’s difficult to overstate the importance of a sense of reality in action films, a lesson Mad Max: Fury Road so riotously declaimed, and Fallout’s success is inseparable from this practical stunt work. When CGI is employed, it stands out, liked added traffic around the Arc de Triomphe. Director Christopher McQuarrie shows that even intimate scenes can also be packed with explosive power, though, in a tremendously muscular fist fight in a men’s room that will have viewers wincing as Cavill and Cruise show flagrant disregard for their safety and others’. 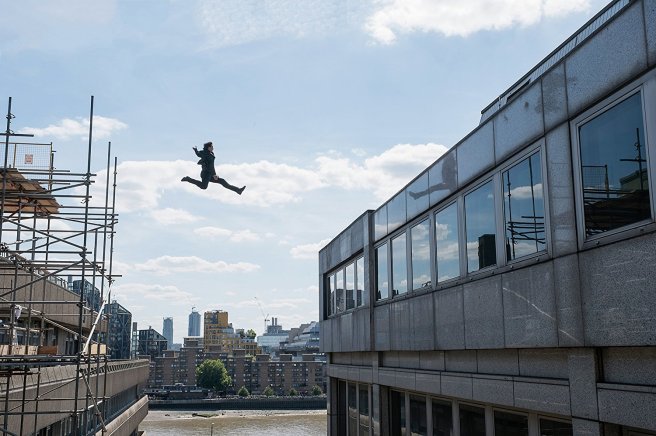 Mission: Impossible is a guilty pleasure franchise that has successfully converted itself into a genuine powerhouse, accepting its place and leaning into its charms. Alongside Mamma Mia! Here We Go Again, it is another perfect popcorn movie for this summer, delivering a sublime dose of the adrenaline that Tom Cruise clearly lives for.