Campaigns are overrated. DICE’s vignettes in Battlefield 1 were  enjoyable but fleeting and over-praised – that game’s multiplayer was its heart, a situation familiar to the developer’s fans. In Battlefront II again the highly advertised and teased single player offering is pointless and short lived – admittedly with some decent budget behind it.

The game charts the story of Iden Versio, imperial special forces commander and the most obvious traitor in recent memory. After the Death Star’s destruction over Endor she almost immediately switches sides, repercussions foregone. The plotting is prosaic, the cutscenes half-hearted justifications for locale changes, and the finale lacklustre. This offering will serve as an enjoyable tutorial for newcomers, and a fair distraction over its handful of hours for more experienced players – nothing more.

Battlefront II is a multiplayer game, in essence, with its campaign bolted on, and done so in response to confused criticism from the “good value” brigade online. Its 2015 prequel was derided as content-light, but in reality was an enjoyable, well-paced multiplayer shooter with beautiful visuals and superlative sound design. Its sequel retains and improves on the latter factors, but isn’t able to iterate on its gameplay formula with particular distinction or invention. 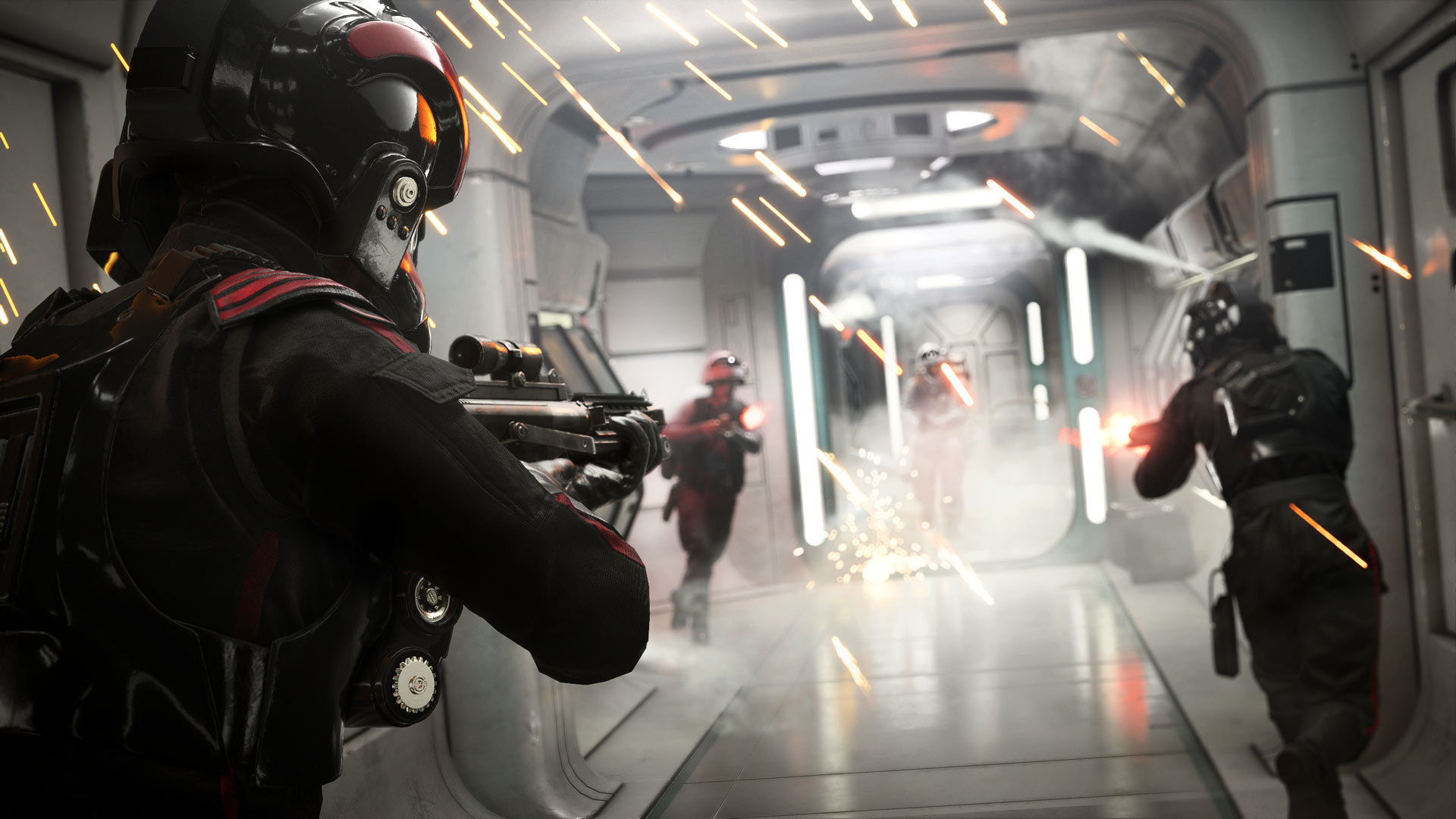 The internet’s ire has fallen upon EA and DICE for this game’s use of microtransactions, and in truth they are a curious influence on the game experience. I have felt no need or pressure to buy loot crates to aid my progress; the locked heroes have attainable prices; I’ve unlocked new abilities with relative ease in my few hours of play. These systems were tuned and tweaked during private and public betas, and indeed a week of early access. I see no worthwhile controversy in these events, and no great issue with their finished products. Regardless EA have felt enough pressure to turn off microtransactions until further notice.

More importantly, the multiplayer arena of Battlefront II is again an enjoyable, variably paced scramble, set on beautiful maps from across the Star Wars oeuvre. Throughout, the attention to detail and care lavished on the sets is remarkable – Tatooine in particular teems with life, while Kamino’s gorgeous white corridors look better than they ever did on film. The variety of backdrops is also much improved over the previous iteration of the series.

However, whatever tuning DICE eked from their beta wasn’t applied to these maps and, especially in the flagship ‘galactic assault’ mode, certain chokepoints and bottlenecks are frustratingly insurmountable for attacking teams in particular. Theses hurdles are present on, at least, the Starkiller Base, Kamino and Endor environments, and lead to failures that do not feel like the product of simply bad teamwork. They will likely need lane tweaks and small map changes to improve them, if DICE is able.

The ‘controversy’ surrounding this game is overblown, just as the package itself is overhyped. This is still a somewhat slim-feeling but undeniably diverting multiplayer shooter whose attraction lies primarily in its authentically realised universe. It is no Overwatch in mechanical terms, and doesn’t look likely to sustain a large-scale player base over the next two years. Its merits, though, are clear enough to reward Star Wars and shooter fans alike.